Checking Your Caulk and Grout Can Save You Lots of Trouble! 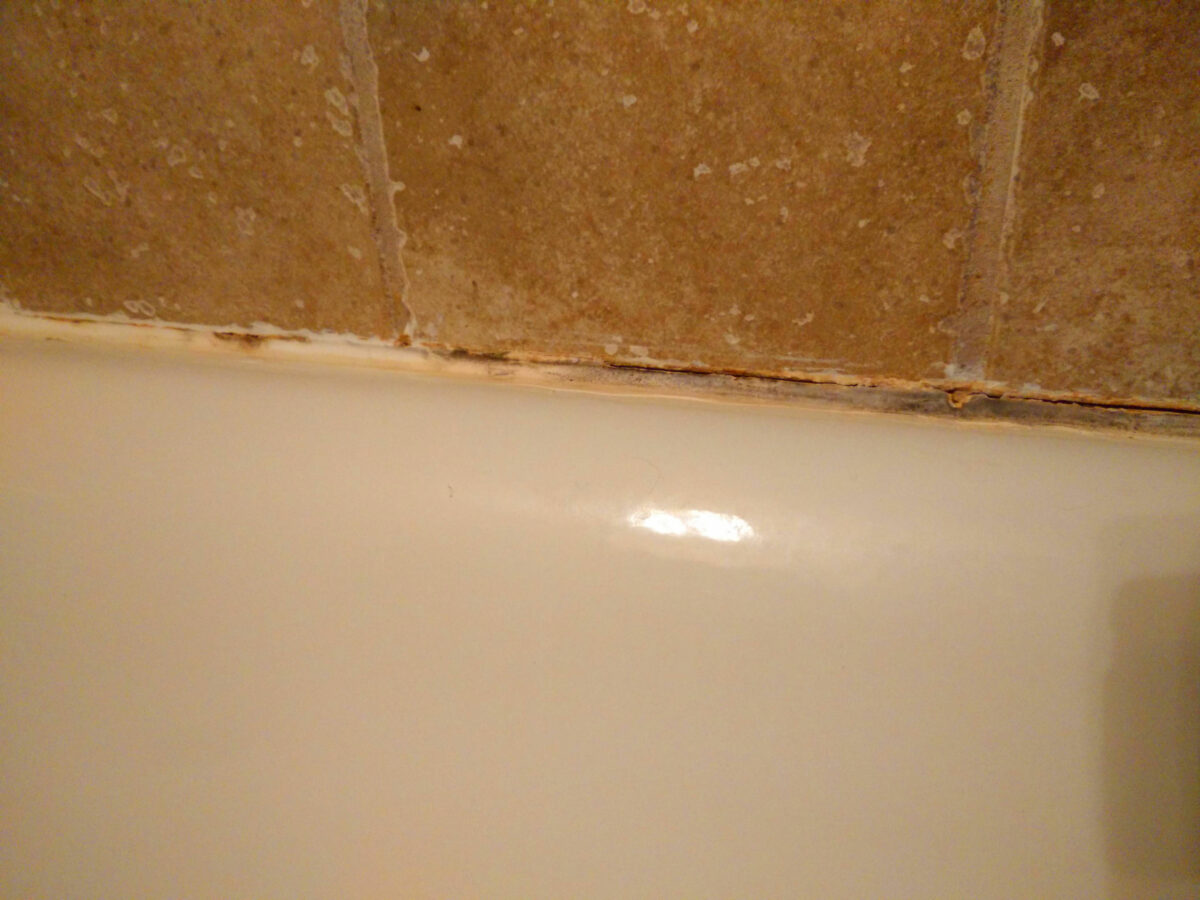 The saying, an ounce of prevention is worth a pound of cure sprang to mind recently on a water damage repair.

A tile shower was missing some grout and caulk inside the shower, most likely from repeated cleaning over the years.   Unfortunately, the worn waterproofing materials allowed water to get under the floor tile.   This particular shower was built well with PVC pan liner under the concrete base material and finish tile.   The issue with missing grout and caulk in this kind of installation is the pan liner acts like a swimming pool liner.   This allows all of the small voids between the tile, concrete, and other building materials used to construct the base of the shower to fill with water.

To the average person, this type of water penetration is almost undetectable (look for a line or area with calcium deposits on the floor)  as it is below the edge of the floor tile and usually only weeps around the edge of the tile or down the drain.   In this particular installation, the original builder placed cement board at the curbs (shower sill) and nailed the cement board to the wood studs underneath.   This type of construction made holes in the PVC pan liner below the shower floor tile.   Over time water found its way along the nails causing rust and more leaking.

The owner contacted us because they had strange tile cracking on the curbs and the finish tile had broken in half, not on a joint line.   After removing the curbs and most of the surrounding exterior walls that were also tiled we found water had leaked along with several nails and had caused the wood under the curbs to swell and twist.   The water had also migrated between the floor tile and wall tile and found its way to the first floor in the garage.   The water damage in the garage was not very noticeable but to an expert eye the damage was evident, This was a very sneaky shower leak.

Fortunately for the owner the size (very large) and shape of the shower (free standing in the middle of the bathroom) allowed us to remove all outer wall covering and sheathing and inspect the pan liner around the entire shower.   We were able to identify the below waterline penetrations and patch them on the inside and outside of the shower.   This allowed the inside tile work to be saved otherwise the base would have to be removed and redone.   At the end of the day if the missing grout and caulk had been maintained this slow leak may never have happened.   Missing tub and shower caulk/grout is a major cause of leaks, we have seen and repaired many leaks of this nature over the years, this was the largest caulk/grout failure to date, keep on caulking.